The Space in Between and a Leap of Faith [Click]

Project: The space in between
It always happens to me while seeing an image, a landscape, a moment… or just seeing something that I find difficult to explain, a situation that I find inexplicably beautiful. I’m not talking about the beauty of it’s colours or it’s shapes – I’m talking about something different. Something that resonates within us. That beauty depends on the observer, or you could say that it depends on the resonance of the receiver. With time, I could define it this way. Before I used to say what moved me to take certain photos was the space in between the matter. 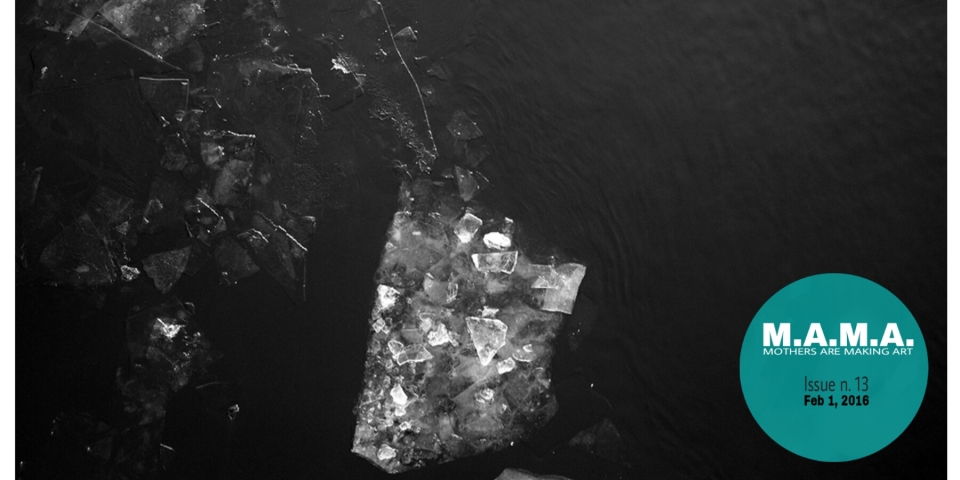 The little boy I hope will become my son lines up his scuffed shoes on the edge of the sandbox, gauging the distance to the ground. It’s sixty degrees out, but like all the children I have seen in this Russian city, he’s overdressed to my American eye. Between his striped, knitted cap and puffy blue coat, I can hardly see his face. We speak different languages, but as far as I can tell, he hates me.

The boy, whose name in Misha, is two and a half, with feathery blond eyebrows and merry eyes. Four days ago, my husband Peter and I met him and his sister at their orphanage. The children smiled up at us in the entryway decorated with finger paintings. When their caregiver Anna introduced us–as friends, not yet as parents–they giggled and scrambled down the hall. Smitten, we followed. They rolled trucks at us across the living room carpet. We had a pretend tea-party on the floor and a real one at the table. When Misha vaulted onto the couch and unfurled his body into a magnificent headstand, Anna instructed him to come down. Like every two year old in the world, he refused, so she carried him to the time-out chair.

Over the last three days, the children have sought increasing intimacy with us: holding our hands, daring us to chase them, imitating our English. Yesterday, they ran down the hall in their socks to greet us with outstretched arms. This morning, however, our final visit, they seem subdued. Misha’s sister Katja gravely takes Peter’s hand and leads him to the playground sandbox. Misha doesn’t follow. I walk him to the jungle-gym, which he climbed yesterday with joyful grace. Today he climbs grudgingly. He lets his fingers slip and watches me catch him, and he squawks if I stand too close. I feel he’s wondering both, “Will you keep me safe?” and “Will you give me freedom?”

I decide to try the swing, which he loved yesterday. He faces away from me as I carry him and slumps with apathy when I push him. From behind the swing, I ask whether he’s all right: “Te harasho?”  He turns one round ear towards me but won’t reply. When I walk around to the front of the swing, he searches my face a long time.

Back at the sandbox, Peter and Katja have built a row of sandcastles. Peter is earnestly and slowly counting them for her in English. The expression on Katja’s sharp-chinned face suggests she’d like to have him committed. When I set Misha beside her, he turns his back on me and starts singing with a songbird’s loveliness. Then he extends a flattened palm and wipes out the sand-castle I’m building.

Finally I understand. Someone’s explained to the children that Peter and I want to adopt them, taking them away from the life they know. Misha is not angry with Peter because Peter won’t replace a father figure, but he’s angry with me because I’ll replace Anna, the only mother he knows.

His loss staggers me.

My instinct is to offer love and wait. I begin by heaping up sand-castles for him to smash.

Soon, it will be time for us to go inside. Peter and I will remove the children’s coats in the entryway and line up their shoes next to ours. We’ll share cake and tea. Katja will pour out pretend tea. Then Peter and I will sign documents stating our intention to adopt.

I stand up, brushing off sand. Peter scoops up Katja. Misha climbs onto the edge of the sandbox and gauges the distance to the ground. I don’t reach out to help him. I know he doesn’t trust me, the usurper.

He slides his eyes to me for a moment. I resist every urge. Then he puts his hand into mine, grips hard, and jumps.

Deborah L. Blicher is a Boston-area essayist, editor, and coach. Her work has appeared in Brain, Child; Lilith; and The Boston Globe Magazine. Her website (always in progress) is http://www.deborahblicher.org.

The ProCreate Project, the Museum of Motherhood and the Mom Egg Review are pleased to announce the continuation of  this literary and scholarly discourse which intersects with the artistic to explore the wonder and the challenges of motherhood. Using words and art to connect new pathways between the academic,the para-academic, the digital, and the real, as well as the everyday: wherever you live, work, and play, the Art of Motherhood is made manifest. #JoinMAMA